Boiler controls have gone from basic to cutting-edge in just a few short years, and generally speaking are relatively trouble free. With an increasing amount of Bluetooth/RF and Wi-Fi devices in the home though there are inevitably occasions where things may not go to plan.

Like many of our favourite digital devices, RF heating controls sell in their hundreds of thousands and are generally very reliable. However, they can sometimes find themselves affected by external factors – including other RF devices. The large majority work via a receiver, which is installed into a pre-prepared socket on the printed circuit board of a boiler, and a transmitter, which is placed elsewhere in the house. The receiver and transmitter (or room thermostat) communicate through radio frequency signals that tell the boiler when to fire and with some, at what rate and temperature.

If your customer’s boiler isn’t firing when it is supposed to, then it’s possible that the RF signal isn’t getting through. But why?

Are weakened batteries the culprit?
There are several possible reasons. The first, and arguably the most mundane, is likely to be a low battery. Even a set that is not fully depleted will weaken the signal between the boiler and the transmitter. It is important that you check to see whether the batteries are low or even out of power.

Are competing RF signals the cause?
Within an average home, competition for airspace is fierce. The big problem is that RF devices are quite often competing for that very same airspace. Everything from your customer’s games console to their car door fob can all interrupt the signal between the boiler and the transmitter.

If they are suffering from frequent interruptions, there are two courses of action you could take.

The lines of communication between the transmitter and the boiler can be interrupted by rolled steel joists, walls with steel layers and plasterboards with foil linings.

It is important to carefully consider the location of a transmitter and where possible, move it closer to the boiler. Ultimately, the less impeding the signal’s journey, the better.

Can the location of the transmitter prevent the boiler from firing?
Where the transmitter is placed within a household can prevent an accurate reading of the building’s overall temperature.

If the transmitter is in an unusually warm spot, it won’t tell the boiler to fire. Everything from sunlight to body heat can influence the temperature of the transmitter, so you should make sure your customer is aware of this when you come to install it. This is particularly important if they like to keep their control with them.

Here are the main things to check when a boiler and control simply aren’t talking: 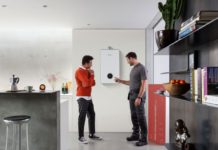 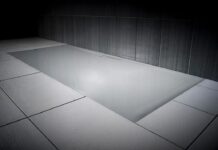 How to maximise opportunities working as lockdown eases

How to remain energy efficient in the freeze