We continue our HPM series with APHC CEO and volunteer listener with the Samaritans, John Thompson about Quality Plumber Week (October 7-13) and this year’s topic of mental wellbeing.

I’m not sure that I can say that people are more stressed now than in the past, but what I do know is that close to 800,000 people die worldwide due to suicide every year, which is one person every 40 seconds, and according to the World Health Organisation there are indications that for each adult who died by suicide there may have been more than 20 others attempting suicide. One in six UK workers struggle with mental health problems which equates to around 350,000 construction workers, and suicide is the leading cause of death among males aged 15 to 49.

A relatively new contributory factor adding to stress levels and which is negatively impacting on mental wellbeing is how the expectations of customers have reached new levels. Now more than ever there is pressure to respond to customers immediately. Lee Woodgate, who runs iGas Heating Plumbing & Gas has explained it to me as the ‘Amazon Generation’ who expect plumbing and heating contractors to be able to fit in with their timescales with very little give and take. Plus there is a compounding affect now that customers can leave reviews on jobsites and across social media which can potentially damage a person’s professional reputation.

The Samaritans’ Real People, Real Stories campaign shares real stories from men who have overcome tough times and the real stories of six men can be read on the Samaritans’ website. If you’re feeling down I hope that these stories can help. You can also call Samaritans 24/7 on 116 123 or email jo@samaritans.org.

There is a Facebook Group called MENTalk where men can express how they’re feeling and seek help from other group members who are experiencing similar issues with their mental wellbeing.

Installers and manufacturers can get involved with Quality Plumber Week by joining the conversation at #QPW19 on Twitter, Facebook and LinkedIn and by using the QPW19 logo as their social media profile image, which can be downloaded from www.QualityPlumberWeek.co.uk. 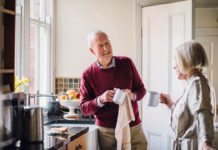 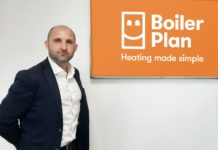 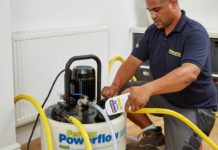