The act forces private landlords to ensure their properties are fit for people to live in, addressing issues including repairs, freedom from damp and ventilation.

“It is unacceptable that people are still living in sub-standard homes,” he says. “Damp is a huge problem, with links to respiratory problems like asthma firmly established, but it doesn’t have to be. The knowledge and technology exist to treat damp in all its guises.”

Survey data showed little or no improvement since 2011.

Research by the National Union of Students published in February 2019 found that 35% of students were living in rented accommodation with damp and mould. Research by Ipsos MORI, conducted on behalf of the Energy Savings Trust in 2014, found that 37% of all homes had problems with condensation and 28% had mould, with the Trust commenting that these percentages were higher among renters. 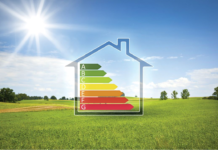