I need to get something off my chest now. I’ve never been to ISH in Frankfurt. I’ve never even been abroad for a tradeshow. This was my first time.

And what a first time it proved to be!

An early morning flight from Heathrow, a missed connection to the hotel and you’d think that arriving directly at a plumbing and heating trade show would be enough to make you crave the hotel room. Not at ISH. The red around your eyes literally dissolves as you walk through the main door to be greeted by a massive internal waterfall – which is 20 metres high, 20 metres wide, wafer-thin in depth and colour changing.

Freebies are thrust upon you. Suited executives glide from stand to stand thrashing out deals. You stand in the middle of 50 of the most amazing bathroom displays you’ll ever see – in a hall the size of Wembley.

Take stock. This is all a bit much. Have a quick look at the press pass and glance at the map on the reverse. Bumped by the throng on all sides, it dawns on you that this huge space, that will take you all morning to see, it is one hall in 15.

I now realise why there are buses and rickshaws displaying destinations like ‘Hall 9’ instead of ‘Train station’.

The halls are connected by leafy plazas and a central roadway. There are ‘Biergartens’, Bratwurst stalls and product displays. Visitors stride off to the Tool Hall, fortified for the 20-minute walk by a cold beer.

It’s hard to describe how massive ISH is, and how much money is spent on the stands (one guy said it had spent €1million just on their own stand). But it’s reflected in the efforts of the biggest names in our industry to create the most eye-opening, lavish stand possible – and the fact that an installer can chat to a managing director face-to-face.

It’s definitely worth the short haul flight and the €30 ticket to enter. Just make sure you stay for the full four days…or you’ll never see it all.

A video Showing more of ISH, according to James can be viewed at: www.youtube.com/watch?v=deiTIiuRnas&t 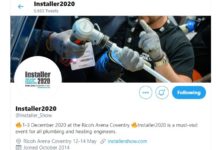 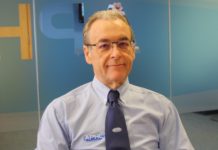