It is a legal requirement for employers to provide their staff with drinking water that is free from contamination. Realistically, in the UK at least, this also means providing tea and coffee making facilities. Roy Marsden, product manager at Heatrae Sadia, outlines three reasons why an on-wall boiling unit is the perfect solution for office environments.

It is often the case that, especially during a big tea round, multiple kettles will be boiling simultaneously. This uses significantly more energy than an on-wall boiling unit, which is capable of delivering plenty of hot water at once. A quick bit of maths proves the point: a standard kettle can fill six mugs, so a round of 15 people would require two and a half kettles. A standard on-wall boiling unit has a capacity of 15 litres of instantly-available hot water and can fill all of the mugs in one go.

Plus, with an on-wall boiling unit, only the desired amount of water is used. Over-filling is a common issue with kettles, which results in energy being wasted by re-heating water that has been allowed to cool down. This is bad for running costs but, more importantly, research suggests that twice-boiled water results in a worse cup of tea.

A major issue with kettles is the time they take to boil. To put this into perspective, the UK is estimated to consume around 235 million hot drinks a day, which equates to a lot of time at work spent waiting in the kitchen. Having a readily available supply of boiling water saves a tremendous number of hours, freeing up employees’ time and boosting productivity.

The inclusion of an on-wall boiling unit can also form part of an over-arching strategy to improve the design of the office space itself. Biophilic design is a trend towards emphasising our connection with nature and looking at how our surroundings can have an impact on health, wellbeing, and productivity. Given that over 130 million days are lost to sickness absence each year , this is clearly an important issue for businesses.

Providing easy access to water is one of three key determinants (alongside natural light and air quality) to establishing a healthy workplace, and an on-wall boiling unit can be a great way of improving office space, and ultimately boost productivity.

Health and safety should always be high on an organisation’s list of priorities. The potential dangers of kettles are varied, including unruly cables which are trip hazards, and scalding from hot-to-touch surfaces. On-wall units are a plumbed-in fixture, which bypasses the issue of trailing wires, and they also feature safety mechanisms to prevent scalding, such as condensing and retaining steam to prevent accidental burns.

The easy-to-clean materials from which on-wall boiling units are made is another area in which they are superior to kettles. Anyone who has worked in an office will know how quickly illness can spread throughout a workforce, and areas where people congregate, such as the kitchen, can be hotbeds for infection.

One of the key features of the Supreme on-wall boiling unit range is the inclusion of the Biomaster additive. This inbuilt silver-ion antimicrobial technology inhibits the growth of bacteria, fungi, and mould, ultimately reducing the risk of bacterial cross-contamination in high-traffic areas. 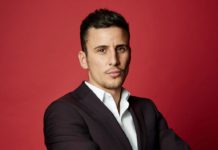 How to use digital marketing to your advantage 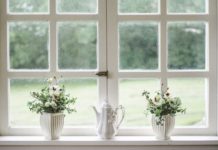 Ways to winter-proof the home 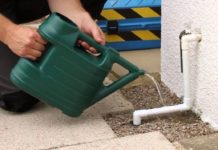 How to remain energy efficient in the freeze