With the average cost of a litre of unleaded fuel being just over £1.27, Brits are being reminded how they can change their driving to help keep their money in their pockets – particularly those who rely on vehicles for work.

Tim Alcock from LeaseVan.co.uk said: “Paying for fuel is another costly expense those with vehicles need to pay for, and if they’re reliant on the car or van for business it can soon add up.

“There are ways to help keep petrol costs as low as possible, mainly by being a bit more aware of driving habit and adapting to increase fuel efficiency.

“Most cars and vans now have built-in systems measuring mpg, which is a great way to look and see whilst you’re driving how your fuel is being affected. Drivers can consume almost 15% less fuel by taking note of what their fuel consumption display is telling them.”

The more weight in the vehicle, the more fuel you’re going to use. If you know you won’t need a certain set of tools during the day, leave them at home.

Regular upkeep and maintenance of the vehicle means that all the systems will be working to their optimum standards, meaning they’re as efficient as possible. Checking tyre pressures regularly can improve efficiency. Under-inflated tyres can cause you to use up to 2% more fuel.

The harder the acceleration, the more fuel consumed. The smoother the drive, in terms of acceleration and breaking, the less work the vehicle is going to do meaning less fuel will be used.

Staying in one gear for too long can slash your efficiency. Many vehicles are now fitted with gear shift indicators, which makes it easier to know which gear you should be in and when to change up or down.

Unintentional dips in speed and sudden bursts of acceleration to keep pace take a toll on the tank. Cruise control is your best friend when on motorways helping you keep at a constant speed. If traffic permits, allow your speed to drop when you travel uphill. Then, speed up as you roll downhill, which can also have a positive impact.

It can seem inevitable to stop-start when in traffic. But, slowly rolling along at a constant, low speed can help increase the efficiency of your driving. Try slowing extra early when approaching traffic lights or a queue and you might not have to stop completely.

At low speeds air-con can have a dramatic effect on reducing efficiency, instead try opening windows to get air through the vehicle. However, at higher speeds such as on a motorway, the effect of air con isn’t that noticeable.

According to the AA, automatics can use 10% to 15% more fuel than manuals. 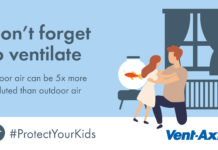 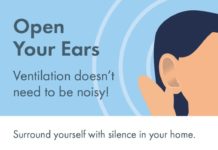 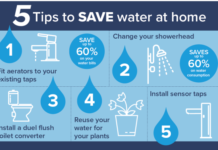 Water Saving Week: Five steps to take in the home

Bathroom trends to look out for in 2020

Keep the heat on for householders