Co-operation and unity of action needed to achieve decarbonisation goal, Rinnai has stressed this week.

De-carbonisation of our entire societal structure can be achieved through close co-operation and unity of effort by all interested parties of the global energy industry in order to achieve the goal in the shortest possible timeframe.

Fossil based fuels have been conclusively proven to be too damaging to the global environment to continue any possible justification of their use, so there is a pressing need to quickly adopt alternative energy sources that assist in providing clean and continuous power to all urban and rural areas.

“In the UK we have welcomed the Government’s initiatives to change the energy consumption landscape. However, I believe that the industry, in total, can look to combine all its efforts and knowledge to promote far better awareness of energy efficiency as this is a vital part of the transition to the range of alternatives fuels and appliances for domestic heating and hot water – plus the needs of industry and commerce,” says Rinnai UK managing director, Tony Gittings.

“A collective realization is required by the public and industry alike, to the idea that not only is an energy transition imminent, but it is also urgently required. This country’s housing stock is over 24 million units and the UK had a total energy consumption increase by 1.1 per cent in 2018 to reach 143 million tonnes of oil equivalent (mtoe), the highest level since 2013.

“We believe that Hydrogen is the main contender for mass market consumption. But there are several primary fuels which can also do the job, especially the natural powers of solar, wind and wave. Hydrogen is set to be a key player in the energy sector and has widespread governmental, scientific and industry support.

“Hydrogen can be transported through infrastructure already in place, saving billions in revenue and years of time in design and manual labour.  Replacing toxic fossil fuels with cleaner, friendlier, Hydrogen ensures harmful emissions will be nullified.  Hydrogen is going to play a crucial role in domestic and commercial life at some time in the near future.

“We are aware of reports which state that existing gas appliances can be converted from natural gas to Hydrogen in the same amount of time as a standard annual service of a domestic boiler. “

Hydrogen in the domestic setting is seeing up to £500 million government funding on trials for homes using hydrogen, starting with a Hydrogen Neighbourhood in 2023, moving to a Hydrogen Village by 2025, with an aim for a Hydrogen Town – equivalent to tens of thousands of homes – before the end of the decade. Of this funding, £240 million will be for hydrogen production facilities.

Drawing attention to these matters: a Rinnai web information hub has been created to provide valuable information on the impact of a Hydrogen conversion as well as its benefits and potential future uses.

The Rinnai Hydrogen Information Hub will be aimed at building services consultants, engineers, specifiers and end-users. It will be online and include webinars plus all requested digital or onsite meetings.

Rinnai welcomes the UK government’s recent ‘Ten Point Plan’, the drive to decarbonisation using Hydrogen. Heating emissions are a huge issue and Hydrogen is one answer to the Energy Trilemma, as we have stated several times,’ says Rinnai’s Chris Goggin who is also a board member of the ICOM Energy Association.

Rinnai is a true global player in the manufacture of domestic and commercial appliances and operates in almost 50 countries. Rinnai is the world’s leading manufacturer of continuous flow hot water systems – it makes and sells 2 million units each year. The range of units can be manifolded to supply, limitless hot water to any site of any size. This means fast, efficient, temperature-controlled water on demand at the point of delivery – kitchens, showers, accommodation blocks, bathrooms, washrooms – and less space spent on plant rooms with no or little maintenance as all units are proven to be robust with a long, long working life. 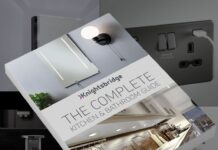 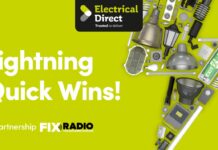 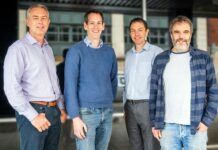