British ventilation manufacturer, Vent-Axia, has launched a new and improved Silent Fan following research which revealed that consumers prefer bathroom fans which are visually unobtrusive. This customer feedback has led to the redesign of the Silent Fan to offer ‘visual silence’ as well as acoustic silence. As a result the new aesthetics of the Silent Fan boast simple, clean lines with an attractive slimline fascia that looks like a bathroom tile. Not only that, but the Silent Fan claims to be the quietest intermittent fan available operating at just 14dBA.

The research follows a survey by Vent-Axia that revealed 80% of consumers are happy to pay £30 to £50 more than the price of a standard fan to achieve a relaxing bathroom. With the Silent Fan already the quietest ever intermittent bathroom and toilet fan, and now operating at only 14dB(A), electricians can now provide a fan that overcomes the problem of obtrusive bathroom fans once and for all. This will allow their customers to relax in comfort, free from noise-related stress, therefore, reducing call backs.

In the past, a bathroom fan was mostly seen as a functional item that needed to provide good indoor air quality at the right price. However, modern households are demanding more from their extractor fans such as subtle aesthetics and silence, which are increasingly becoming features that consumers will pay for.

Jenny Smith, product marketing manager at Vent-Axia, said: “Households are fed up of noisy bathroom fans and the irritation caused by the continuous drone of an outdated fan. Indeed, some are so distracted by the noise that they turn off their extract fans altogether, potentially leading to damage to the fabric of their property, and the twin blights of mould growth and poor air quality. This is a high price to pay for peace and quiet, but Vent-Axia’s Silent Fan provides the solution.”

Research by Vent-Axia confirmed that loud extractor fans are a significant source of nuisance noise in homes, with 40% of people surveyed reporting they or their children have been woken in the night by a noisy bathroom fan. The report also revealed that 55% of people questioned cited fan noise as the most annoying thing in the bathroom.

With increasingly busy lives and many people having to endure almost constant noise at work, a peaceful home to retreat to is a priority for most homeowners. As a result, many electricians are noticing an increased demand for quiet extractor fans, such as Vent-Axia’s Silent Fan.

Holding the Noise Abatement Society’s Quiet Mark 2015, the Silent Fan operates at only 14dB(A), the Silent Fan is a significant 75% quieter than typical intermittent bathroom fans. Discreet and elegantly designed, this quieter-than-a-whisper fan costs less than £1 a year to run.

Simple to install and maintain, the Silent Fan is the perfect choice for every home. Designed for wall, ceiling, window and panel mounting it will also fit into existing 100mm ducts, making it ideal for replacement applications. A single 100mm axial fan capable of two-speed operation, the Silent fan performs up to 21l/s and so comfortably meets the ventilation requirements of most bathrooms and toilets. Available as a standard model or as an option with an overrun timer adjustable between five and 30 minutes, the Silent Fan complies fully with Building Regulations Part F and L.

The Quiet Mark 2015 is the international mark of approval from the UK’s Noise Abatement Society, endorsed by DEFRA, awarding the quietest high performance technology and solutions to reduce unwanted noise in our environment. The Quiet Mark is awarded following rigorous testing and approval from accredited acoustic experts, including the Association of Noise Consultants. The Quiet Mark award enables users to easily select quieter products via the online Quiet Mark Directory www.quietmark.com. 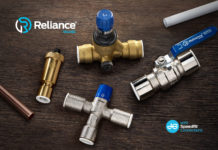 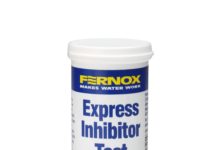 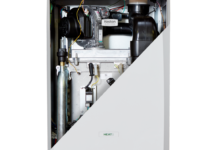 Making the most of the RHI