With a growing demand in the private and social housing sector for Decentralised Mechanical Extract Ventilation (dMEV) fans, Airflow Developments has launched the high performance iCONstant.

The Airflow iCONstant is a continuously running axial fan using an electronic flow sensor to ensure that installed performance is maintained and that user adjustable air flow rates remain constant.

It is also economical to run, providing annual running costs of a little over £1 per year when used on its lowest speed, which is far less than that of a low energy light bulb.

An humidity sensor is incorporated which activates to provide preventative ventilation in advance of moisture forming on cold surfaces. This helps to eliminate the problems of condensation and mould growth by extracting the damp, moist air – the source of the problem.

Furthermore, iCONstant is fully compliant with all the differing commissioning requirements of Approved Document F, System 3 of the Building Regulations, by having an everyday running rate which can be adjusted up from the minimum high trickle ventilation flow rates to the maximum speed of the fan, dependent upon the total calculated dwelling flow rate.

With a selectable trickle flow rate of six, eight or 13 L/sec and a boost flow rate up to 20 L/sec, the iCONstant has also been developed to consume minimal energy by using a highly efficient 24v DC motor, drawing just 1.07watts at six L/sec with an exceptionally low Specific Fan Power rating, which meets SAP Appendix Q eligibility requirements.

A circular design, it is particularly suited to applications where there has been an increased level of insulation, making a room more airtight. The iCONstant is also the only IPX5 rated fan on the market which can be both wall and ceiling mounted in a bathroom, kitchen or wet room, whether it is a new build or retrofit. Having achieved an IPX5 ingress protection rating, the iCONstant can be fitted within zones 1 and 2 of a bathroom.

Finally, unique to iCONstant is a ‘Self Proving’ diagnostic sequence, which automatically checks the functioning of the fan. In the unlikely event of a fan failure an LED warning light illuminates behind the cover.

A range of accessories including flexible and rigid ducting kits, controls and grilles are also available. 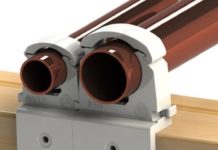 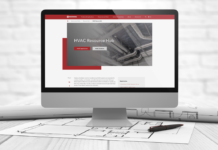 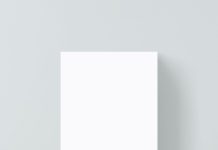