Manufacturer of air and water solutions, Redring Xpelair Group, has been recognised for its successful export strategy at regional business awards run by the Peterborough Evening Telegraph.

Redring Xpelair took home the Exporter of the Year accolade at a ceremony held in its home town of Peterborough, having fought off stiff competition to be crowned the winner on the night.

The manufacturer recently invested £10 million into its head office and state-of-the- art production facilities as part of an ongoing strategy to increase its output for both UK and worldwide markets. The company has worked to shift its business from being UK focused to an international brand, with products that are sold across the globe. As part of this, in December 2013 the company opened Xpelair Middle East and Xpelair India to complement existing distribution operations in Australasia, Europe and America.

The strategy has paid off with Redring Xpelair now exporting its products to over 80 countries with more than 40% of the Peterborough manufacturing output being used by overseas customers.

“We recognised RXG’s strategy to turn the company into an international business rather than purely an exporter. To achieve this goal the company demonstrated its tailored approach to individual overseas markets. We also liked the substance behind the company’s slogan – ‘Designed in Britain, Engineered in Britain, Made in Britain, Sold Worldwide’.”

“It is a great honour to have been awarded the Exporter of the Year title, and a testament to all of the team’s hard work in making us a truly international business. This award rounds off what has been a hugely successful year for our international strategy, and we have some exciting plans on the horizon which will see us grow our worldwide footprint even wider.”

Redring Xpelair’s export activity has been further reinforced with support from UK Trade & Investment (UKTI). The UKTI has offered advice and guidance to the company, as well as support at exhibitions and sharing of market intelligence, which has offered Redring Xpelair the insights to strengthen its existing strategy. 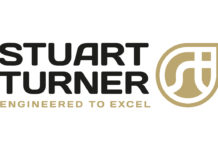 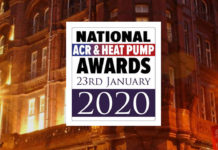 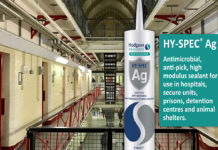