Even though it makes sense, the last thing most people want to do is maintain their pumps. Despite the fact that everyone realises that this type of equipment incorporates mechanically rotating machinery which eventually will fail, putting off a service is still the norm!

David comments: “I bought the DrainMinor system from Pump Technology in 2006 for pumping wastewater from my washing machine, which was newly located in our basement”.

“After discovering that companies like Marks & Spencer operate these units in their stores, I decided that it was sensible to pay a few extra pounds for it in the belief that you get what you pay for.

“I had the system installed and tested by a fully qualified plumbing engineer and then rather forgot about it”.

“Eleven years on I now feel fully vindicated in my choice”!

“Our washing machine has been used to the point of destruction, recycling washable nappies for many years, and in our family it seems everything is worn only once!”

“When I bought the system the engineer at Pump Technology, who kindly selected the correct size unit for me, told me that the only maintenance required would be to occasionally inspect the pump and the tank to remove any unwanted build-up of things such as fluff or hair, so I decided to pull the washing machine out and investigate”

“After turning off the mains power (I do know that much), I donned some rubber gloves and delved in, of course not reading any instructions.”

This is what was found:

“My maintenance could not have been easier. Many thanks to Pump Technology for a simple, robust and trouble-free wastewater pumping solution”. 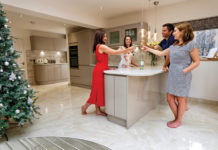 Don’t be floored by underfloor heating 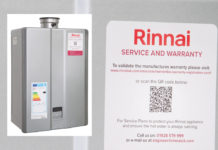 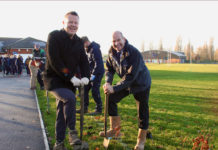