Less than three weeks after starring for England in their heartbreaking World Cup final defeat to New Zealand, rugby star Marlie Packer was back at work as she joined an army of volunteers renovating a community centre.

Plumber Marlie, who won her 50th cap during the World Cup in Ireland, joined the 100-strong team from home assistance provider, HomeServe, at the Foxton Centre, which supports a range of vulnerable people and communities in Preston, Lancs.

The bathrooms and interior décor at the Knowsley Street site will be revamped over the course of seven days by engineers and office staff who answered the call.

The work is all part of HomeServe’s ‘BuildServe’ project, in which the company’s People ‘Dare to Care’ and volunteer to make a difference in the communities in which they live and work.

The Foxton Centre is particularly important to the company as it is one of the sites served by the Midland Langar Seva Society – a charity, supported by HomeServe, which helps to feed, clothe and support city residents needing short-term support as well as homeless people in the region.

Marlie, who plays as a flanker for England, said: “It was a real honour to play for my country at another World Cup and it was heartbreaking to come so close to winning. But now my focus is back with HomeServe and when I heard about this project I jumped at the chance to come along and lend a hand.”

The Foxton Centre works with vulnerable people of all ages in Preston, supporting their needs with kids clubs, homeless drop-ins and allotments projects. Staff also work with young people to identify those most at risk of becoming involved with drugs, alcohol, early sexual activity and gang crime.” 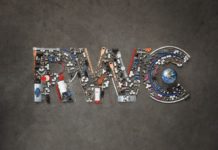 Deadline extended to enter UK Plumber of the Year 2017