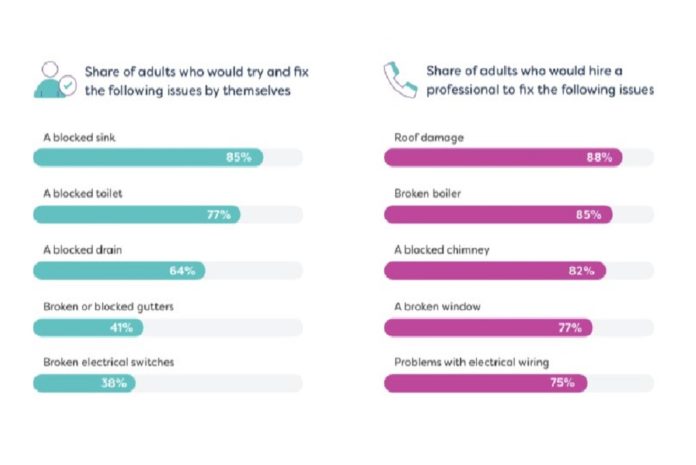 MoneySuperMarket has revealed the situations where Brits are more likely to take on a DIY task themselves instead of hiring a professional.

Over 75% of people hire an expert to fix roof damage, a broken boiler or window. However, there are many issues that Brits tackle themselves, with 69% of them doing so to save money.

Tasks adults tried to fix by themselves:

The most popular home renovation among British homeowners is a new kitchen, according to 22% of the population, with it potentially adding on average 5.5% to the value of a home when looking to sell. Some of the UK’s biggest DIY investors include London, where the average home improvement loan is £16,013, Brighton, where it’s £14,622, and Southampton, with £14,590.