The study conducted by The IPG, a leading group for plumbing, heating and bathroom specialists, also discovered that 57% of plumbers surveyed felt that they would need to undergo knee replacement surgery in the future due to the hardships of the profession.

Nearly two thirds (59%) also felt that they would be forced to retire early because of the injuries they pick up in their work.

On average, a UK plumber works 47 hours a week, with around half of that time spent on their knees. This can have a detrimental effect, especially if no protective workwear is worn. However, even with kneepads 77% specified that they still experience issues.

Those who have been working for over 30 years were the ones who had the worst knee issues, with 68% stating they have had physio, keyhole surgery or other operations on their knees. However, it’s not just plumbing veterans who are experiencing problems.

Tony Dark, director of trade at The IPG, said: “This is a serious issue that needs to be addressed. We would like to urge all plumbers and installers to ensure they are using specialist protection while on the job, from apprentice level all the way up to those who have been working in the trade for decades.

“It is also essential that if any plumber or installer starts to have any trouble with their knees that they consult a GP straight away in order to discover any possible problems early on to avoid more serious issues.” 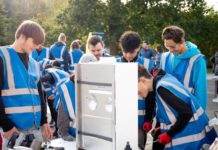 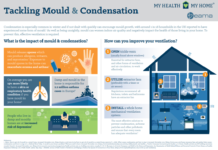