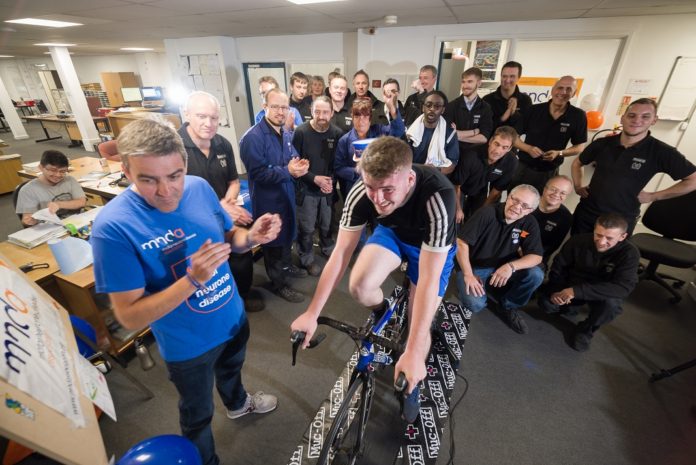 Over half the employees at Pland Stainless in Leeds took part in a cycle relay from 7.30am to 6.15pm to raise funds for the Motor Neurone Disease Association. They covered 130 miles and raised £1200, a fantastic result for the team.

This was another event to mark their centenary year where the team were encouraged to cycle a virtual route of the Harrogate 8.7-mile section of the UCI Road World Championship Cycle Race, currently taking place in Yorkshire.

The cycle race, which was broadcast all day live on the companies Facebook page, started at 7.30am with Alison Harling, Production Manager setting the pace. It continued with 26 of the 42 staff taking part with the last cyclist, MD Steve Duree, completing the event.  The bike was set up in the companies Leeds office, a static bike linked to Zwift, a virtual reality track, so they could cycle the exact same course, complete with imagery and inclines, as the Road World Championship Cycle Race 2019.

The Pland team were raising funds for the Motor Neurone Disease Association prompted by Gary Pearson, internal sales manager at Pland, whose mother-in-law is currently suffering with the debilitating illness. Today in the UK, six people will hear the devasting news that they have MND, which attacks nerves, leaves those affected unable to walk, talk, eat and ultimately to breath. The MND Association is the only charity in England, Wales and Northern Ireland focused on improving care, research and campaigning. 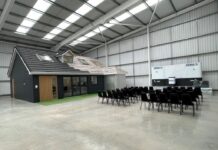 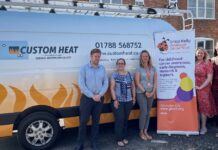 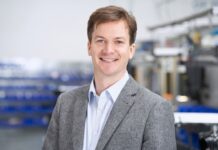 2019 plumber of the year announced