OFTEC and Federation of Petroleum Suppliers, supported by rural communities’ charity, Action with Communities in Rural England (ACRE), have written to more than 500 prospective parliamentary candidates urging them to support proposals for a radical shake-up to home heating policies for the UK.

The letter, sent to election candidates representing the majority of rural constituencies in the UK, calls for a greater and more pragmatic approach to reducing fuel poverty and carbon emissions.

OFTEC’s director general, Jeremy Hawksley, said: “There’s a great opportunity for the new government, whichever political colour it may be, to introduce much more realistic and all-inclusive domestic energy policies that address fuel poverty and carbon emission reduction simultaneously, rather than as separate goals.”

Janice Banks, chief executive of ACRE, which is the national body representing 38 rural community councils, added: “With a high percentage of inefficient, solid-wall housing and many homes without a connection to the mains gas grid, rural households can face fuel poverty challenges. However, the current delivery of government-backed measures is failing households that live in difficult-to-treat houses and those that have to rely on heating oil or LPG for their energy.”

The organisations behind the letter plan to push their message further once the new government is formed with the aim of improving conditions for the off-grid heating sector. 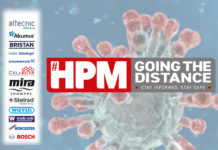 Ideal Standard launches search for bathroom of the future

‘PV for Free’ scheme gets thumbs up