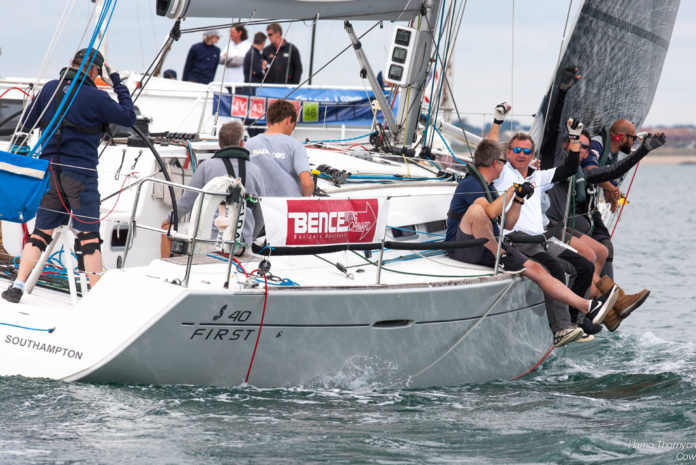 Charities were the winners of this year’s Polypipe Regatta after the annual event raised a whopping £11,000 for good causes.

Almost 50 boats took to the Port Solent to participate in the friendly competition on September 5-6, as more than 400 members of the plumbing, heating and construction sectors raised money for causes, including Help for Heroes and the John Merricks Sailing Trust.

The two-day event included a day of sailing and celebration evening of food, live music and entertainment.

Help for Heroes entered three boats in the race, which were filled with ex-servicemen and women who are supported by the charity.

Paralympian long jumper Luke Sinnott, a former Royal Engineer who lost his legs in a bomb blast in Helmand province, spoke to Polypipe’s guests about how Help for Heroes had supported his sporting ambitions.

Vince Miles, divisional sales director at Polypipe Building Products, said: “Over the last two decades, the Polypipe Regatta has developed into a hugely popular event that never disappoints. This year was no exception, with so many supporters of the event again making the trip to Portsmouth to join us for the celebrations.”

Next year’s event is due to take place on September 4 and 5.

‘Building trust and confidence in the sector’