Many manufacturers, suppliers and installers use ‘non-return valve’ and ‘check valve’ to mean the same device, unaware that they’re different and there are legal requirements to use only check valves for backflow prevention.

Design differences of non-return valves and check valves
For non-return valves the simplest design is the swing valve, with a weighted flap which is held open by forward flowing water. If flow reverses it closes under its weight and is kept shut by backpressure acting on the closed flap. The wafer flap valve is a slimmer version of the same design. Other designs include the tilted plate NRV and the ball NRV.

Check valves allowed as backflow prevention devices but not NRVs
In the UK the Water Supply (Water Fittings) Regulations and Water Supply (Water Fittings) (Scotland) Byelaws 2014 (the Regulations) require that every water system contains an adequate device for preventing backflow of fluid from any appliance, fitting or process (Schedule 2:15). Most importantly, to be “adequate” the device must be of a type approved by the Secretary of State for the Environment in the ‘Regulator’s Specification for backflow prevention arrangements and devices’.

This Specification states the maximum degree of backflow protection (the fluid category) which each type of device legally provides. The Regulator has approved the use of check valves up to fluid category three (Table 1 shows the details) but crucially, non-return valves are not included in the types of fittings approved for backflow prevention purposes.
Similarly, non-return valves are not recognised in the British Standard BSEN 1717 (2001) [‘Protection against pollution of potable water in water installations and general requirements of devices to prevent pollution by backflow’], which describes backflow prevention devices that are accepted in the EU.

Confusion over naming
There’s industry-wide confusion surrounding the naming of NRVs and CVs, with manufacturers’ and suppliers’ websites using either name, or sometimes both, for the same type of device. This has led to problems where alterations have been done to comply with an enforcement notice issued by the water supplier requiring additional check valves. In several cases installers have unknowingly purchased NRVs, only to have to replace them with the correct check valves when the water supplier re-inspects the work.

Performance standards for NRVs and CVs
The regulations require fittings ‘to be of an appropriate quality and standard’, and fittings with WRAS Approval demonstrate this by meeting the standards set out in the Government’s Performance Specification.

There are important differences in the designated performance standards required of NRVs and CVs, as highlighted in Table 2 below. 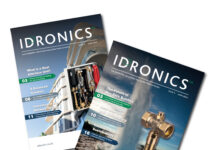 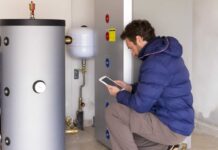