With less than nine months to go until the start of the Apprenticeships’ Levy, the Builders Merchants’ Federation (BMF) has issued a briefing paper to all its members. This paper outlines the changes that the UK government is making to the way apprenticeships are structured and financed.

Whitehall is shifting the responsibility for investing in apprentices from taxpayers to employers. Ministers are also making other far-reaching changes to the funding, standards and administration of apprenticeships that affects employers who take on apprentices.

The BMF has been tracking the policy since it was first announced by the Chancellor of the Exchequer exactly 12 months’ ago to assess consequences for merchant and supplier members. The briefing concentrates on the proposals affecting businesses that fall within the scope of the new Levy to help BMF members plan ahead and prepare their internal operations accordingly.

The central idea is a compulsory Apprenticeships’ Levy on employers throughout the United Kingdom. It will apply to businesses with a paybill of more than £3 million a year. In the briefing, the BMF alerts its members that medium-sized businesses employing between 100-200 staff will become liable to pay it when it comes into force on April 6 2017.

Publishing the new briefing, John Newcomb, BMF managing director, said: “The BMF did not ask for a compulsory Levy to be imposed on our members. There is a case for greater employer participation in the training and funding of apprentices – but I am not convinced these proposals are the right ones”.

He continued: “Trying to meet a fixed date of 6 April 2017 is risky. Getting this right must take precedence over forcing the pace of change. No one wants to re-visit this in a year or two to put things right. The absence of clarity on how it will operate in Scotland, Wales & Northern Ireland is concerning”.

The Apprenticeships’ Levy is part of a complex, but concerted move by the UK government to boost productivity and employment and improve vocational training and skills. Changes to Corporation Tax and National Insurance Contributions are being made to incentivise employers to invest more.

John added that when more information is known, another briefing will be issued direct to BMF members – especially on arrangements affecting employers not liable to pay the Levy, but who do currently take on apprentices, or plan to in the future. 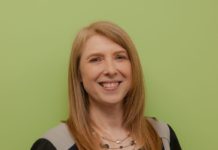 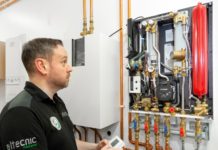 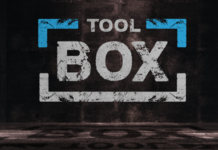 Success for six trainees who get offered apprenticeships