In his latest industry blog, Phil Hurley, managing director NIBE Energy Systems, highlights why communication with homeowners is so important towards the rollout of heat pumps.

The energy price crisis has highlighted that it’s never been more important to make homes cleaner and greener and more efficient. It is, after all, ‘the only route out’ according to Greenpeace, who has advocated for stronger financial incentives to electrify heating through heat pumps. We know that heat pumps can successfully be installed in all housing types regardless of age but we’re not yet seeing the mass deployment needed.

For the first time, heat pumps are now cheaper than gas boilers, reducing heating bills by 27%. Soaring gas prices make heat pumps much more competitive, particularly when the energy price cap is raised from 1st April. They also offer a solution to the 14% of carbon emissions caused by domestic heating.

The mass rollout of heat pumps is a win-win situation that can drive down energy bills, tackle climate change and create skilled green jobs up and down the country. But while heat pumps have featured in the mainstream news in recent months on a record scale, it’s hard to deny some of the scepticism behind the headlines.

Far more must consequently be done to communicate the benefits of the technology that has already demonstrated its worth across other parts of Europe.

There are plenty of reasons why this communication is so important.

Whether we like to admit it or not, preparing for change requires a lot of work. People resist it because the unknown can be daunting or confusing, especially when the ‘old way’ has always been the norm. But this is a challenge that good communication can overcome. With unnecessary change rarely ever encouraging people to shift away from the norm, it’s important that households up and down the country understand the reason for the change and feel confident that their decision will deliver benefits rather than consequences. This confidence could come through understanding that their heating installer is qualified to install a heat pump correctly so that it can heat their home comfortably and affordably whilst reducing their carbon footprint. But with no time to waste in the fight against climate change, people must also be aware of the incentives available to them so that they understand the benefits of installing a heat pump now rather than later.

It sounds obvious, but it’s true. We have seen bold commitments to reduce carbon emissions from the Government in recent years, with the Heat and Buildings Strategy emphasising the key role heat pumps will play in meeting net zero, and reaffirming its commitment to achieving 600,000 installations per year by 2028. Many of these installations will be in new build homes, with the Future Homes Standard due to come into force in 2025. However, the majority of homes that will stand in 2050 – when we are legally obliged to be net-zero – will be homes that already stand today. And we know that most of them are heated by fossil fuels. As part of its plans to improve existing homes, the Government has introduced plans for a Boiler Upgrade Scheme, which will offer upfront grant payments to support the installation of air or ground source heat pumps. The scheme will open at the start of April, and if the Green Homes Grant scheme is anything to go by, we can expect demand to be high. However, this shouldn’t be taken for granted. The way the scheme is communicated, and indeed administered, will be essential to its success.

It has been well documented that one of the biggest challenges facing the heat pump market is the lack of installers. And it shouldn’t really come as much of a surprise. Gas boilers have long been the dominant heating system in the UK, leaving installers with little incentive to train to install low carbon alternatives until now. Industry and government have key roles to play in communicating the end of the fossil fuel era to installers. We supported the Heat Pump Association with the overhaul of the training route to become a heating installer and unveiled a new course directly targeted at upskilling the existing workforce. This was welcomed by the Business and Energy Secretary, Kwasi Kwarteng, who described the course as ‘absolutely critical’ in the endeavour to prepare the installer base for the mass deployment of heat pumps. But the availability of the training course is not enough to entice people to take up the course. Installers need to know, without a doubt, that the time spent out of work and in the classroom is necessary, and that the focus on heat pumps is here to stay. As such, it is vital that the government sets out clear phase-out dates for fossil fuel heating so that installers have the certainty and confidence they need to invest in the low carbon future.

This month, NIBE has partnered with HPM to gather the thoughts and opinions of installers on renewable heating systems. If you’re a heating and plumbing installer, or know someone who is, you can have your say here. 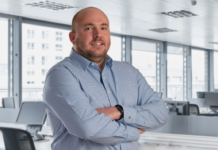 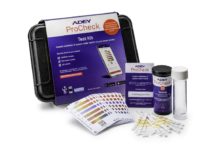 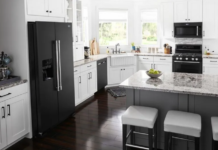 4 Products That You Wouldn’t Want In Your Kitchen

Top-tips for a tip-top bathroom