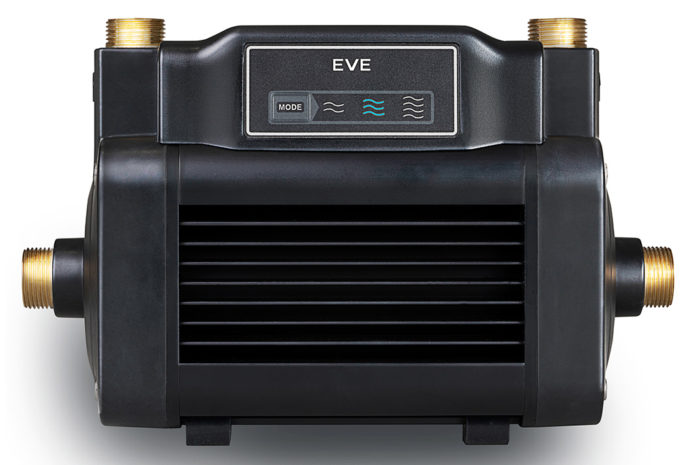 In an industry-first move, Salamander Pumps, one of the UK’s leading manufacturers of domestic water pumps, has announced the launch of EVE – a new, twin-ended, universal shower pump featuring a variable bar rating, which can be changed with just the touch of a button.

The first of its kind, EVE uses a sensor to monitor the system water flow and detect any changes, while a brushless motor varies its speed to ensure a constant pressure, no matter how many outlets in the home are open at any one time.

Launched in response to the increasing popularity of high-end bathroom refurbishments, EVE is the first pump on the market to fit into both positive and negative head situations, without the need for a pressure vessel and working with any gravity-fed system.

The four-patent pump has a flat-line flow curve, thanks to its ability to increase the motor speed to sustain a high-water pressure as and when the demand increases. In fact, EVE’s motor varies speed to maintain constant pressure* with up to 40 litres’ flow, and can be set to at 1.5 bar, 2.0 bar or 3.0 bar. Effectively, with its variable pressure adjustment, and its ability to operate in a positive or negative head mode, Eve is the one pump to do everything, making the specification of this pump, very simple.

Gareth Richards, technical director at Salamander Pumps, said: “We’re really excited to be launching EVE – our research and development team work tirelessly to develop cutting edge technologies that are new to the pump market, to ensure we’re offering the best products possible. We believe EVE is a true game-changer in the market and are excited to hear the feedback from our retail partners and installers.

“EVE’s variable speed and brushless motor means that the pump performs better than any other pump in our range for gravity fed systems.” 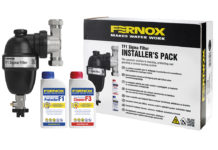 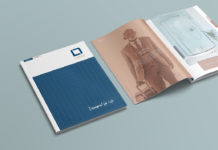 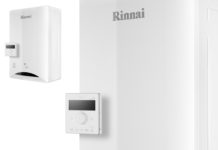