Fears by the National Grid of a potential gas supply shortage following the Beast from the East has led Worcester, Bosch to question whether the UK needs to explore alternatives to gas storage

Martyn Bridges, director of technical communication and product management, believes that the current gas infrastructure in the UK is more capable than any other energy source of dealing with peaks in demand.

“The National Grid comment needs to be taken with a dose of tentative caution,” he said. “It is normal in extreme weather circumstances for warnings to be issued as standard. In this case no domestic gas supplies were cut off, and neither was National Grid forced to ask industrial users to stop using gas.”

Following the cold snap, however, several unions and companies have called for an urgent re-evaluation of the UK’s gas storage capacity.

Martyn added: “It must be remembered that we do have the ability to store gas for colder weather eventualities, while alternatives such as electricity cannot currently be stored. Without significant investment, this isn’t going to change.”

Martyn added that having a wide array of energy sources, from oil, to gas and renewables, is preferable and he believes that it would not be realistic to stop the majority of UK households from relying on gas.

He concluded: “Being realistic about the capability of gas storage alternatives needs to be front and centre of any review. In recent times, electricity generation from low-carbon sources is being considered as a potential solution, but as previously mentioned lots of work and investment would be required to make this happen, and at the moment just isn’t feasible.” 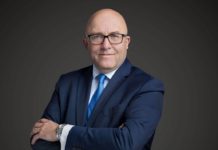 Roman in 1,000 Companies to Inspire Britain

Energy efficiency and skills high on the agenda at HVAC 2016…