Provider of apprenticeship training, JTL, has responded passionately to OFSTED report that appears to suggest that apprenticeships are delivering poor quality for money and seeing thousands of ‘under achieving’ young people.

Chief executive of JTL, Jon Graham, says he’s disappointed that the headline messaging that has been seized upon, ignores the very positive results and outcomes that many specialist providers are delivering for the UK economy.

JTL, which currently supports around 6,000 apprentices across England and Wales, specialises in delivering apprenticeships for young people looking to qualify in the building services engineering sector including electricians and plumbers.

In response to the newly published report, Jon said: “We welcome OFSTED’s investigation into apprenticeship issues and their concerns around quality and accept that their comments have resonance in the wider apprenticeship field, where many short-term apprenticeships have been developed in areas that do not support fundamental business requirements, such as addressing the national skills shortage.

“However, we’d have liked to have seen more media coverage of the benefits of apprenticeships to the economy too, for instance a recent report estimated a Higher Apprenticeship can increase an individual’s lifetime earning potential by up to £150,000, comparable to the return for a university graduate.

“I also think it’s important to recognise that there are many high quality training providers not reflected in these headlines. Achievement rates on apprenticeships are higher than ever before, and we’re particularly delighted that through pre-screening and ongoing candidate assessment and review, JTL consistently performs ten per cent higher than the national success rate in our apprenticeship training, with completion rates of around 80%. We know other training organisations have experienced similar success levels with their apprentices too.

“If you delve more deeply into the OFSTED report it does acknowledge that there are training providers doing a good job, so it is very disappointing that the headlines we’ve seen today following publication have treated all apprenticeships in the same way.”

Established in 1990, JTL was formed through a partnership between the employers’ organisation the Electrical Contractors’ Association and the forerunner of what is today Unite the Union. In that time over 33,000 JTL apprentices have qualified in electrical, plumbing, heating or engineering maintenance disciplines. The company is the third largest apprenticeship training provider across all sectors of the economy in England and Wales. 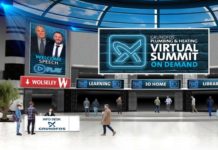