In the wake of the report the Ministry of Housing, Communities and Local Government (MHCLG) introduced the Building Regulations (Amendment) 2018, which effectively bans the use of combustible materials on the external walls of new buildings over 18 metres high.

An Intergas company statement said the only condensing boiler in the UK with a metal flue system is the Rapid, a boiler which has been part of the Intergas range for 23 years.

John Lawton, technical product manager of Intergas Boilers, said: “We have been in discussion with the HHIC and the Building Research Establishment over the past few months to try to establish how we can best support the industry, installers and residents. If we are to uphold the findings in Dame Judith Hackitt’s Final Report, then we may have to face a future where plastic flues must be replaced by metal in all high-rise buildings.”

It has since been clarified that an ‘external wall’ includes ‘anything located within any space forming part of the wall’.

“In a nutshell, this amendment effectively renders all boiler installations in high-rise buildings non-compliant as most gas boiler flues are made of polypropylene plastic (PPE), which is classed as a combustible material. The MHCLG is currently conducting a review into whether PPE flues should be exempt, but a decision could be months away meanwhile, high-rise homes require boilers which are compliant,” Intergas added.

The Heating and Hotwater Industry Council (HHIC) estimates that of the 1.7m gas boilers sold in the UK each year, around 20,000 will be installed in high-rise buildings. 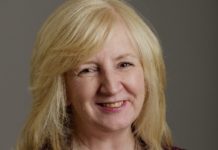