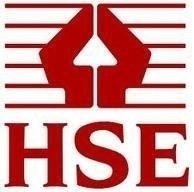 An Oxford based company that supplies heating equipment has been fined £10,000 after a worker suffered injuries to his fingers in a hydraulic press.

Banbury Magistrates’ Court heard an employee of Walraven, of Oxfordshire, was setting up a horizontal press with a defeated interlock when he inadvertently activated it, crushing the tips of his index finger and thumb.

An investigation by the Health and Safety Executive (HSE) into the incident which occurred on March 12, 2015, found it had become custom and practice to defeat the interlock during the set-up of the press and the risk assessment for the work was inadequate and had not been reviewed regularly.

Walraven pleaded guilty to breaching Regulation 11(1) of the provision and use of work equipment regulations 1998 (PUWER), and regulation 3(1)(a) of the management of health and safety at work regulations 1999, and was fined a total of £40,000 and ordered to pay costs of £1,353.

HSE inspector, Leon Donovan, said after the hearing: “A risk assessment needs to be suitable and sufficient and carried out by a competent person. It should identify the risks associated with all aspects of a machine’s operation including setting and maintenance. Had this been the case then the defeated interlock would have been identified and suitable control measures put in place”