Martyn Bridges from Worcester Bosch digests a latest report calling for the end of gas-fired boilers.

Towards the beginning of this year, the Sustainable Environment Association released a policy report titled ‘Achieving Net Zero: Regulating the Decarbonisation of Heat’. It is an interesting report, with some far-reaching proposals or ideas. For example, in the opening summary, it states that the SEA approach is a carbon intensity one. This should not and cannot be the only mechanism in deciding the best approach. There are other factors in play, from the economics involved, to nationwide disruption and intrusion on homeowners, let alone the training requirements for our industry. Here are some aspects of the campaign that need to be considered.

In the report there isn’t too much thought about how practical it would be to substitute many current gas or liquid fuels with electricity. There are some 17 million homes with Combi boilers installed, and of course these do not have a hot water cylinder – something that would be needed if the only alternative is electricity. Fitting a cylinder would prove difficult, if not impossible for many homeowners. Huge changes would be required at great cost to the homeowner. In some cases, homes would lose market value if valuable space where a bedroom or second bathroom once was had to be replaced by a cylinder.

In the report it is presumed that off-gas grid homes can simply switch from high carbon fuels, such as oil, to a lower carbon alternative, say electricity. What isn’t considered is that the existing electricity supply to many off-gas grid homes is already insufficient and subject to occasional power outages.

The cost of renewing the electricity supplies to many of these properties is significant and, in some instances, impossible without grid upgrades, requiring a staggering level of investment. There are instances in the Netherlands where similar measures have been implemented resulting in frequent “black outs” where the already overloaded electricity supplies simply cannot cope with the extra strain heat pumps and hybrid cars are placing on it.

With this in mind, there should be a recognition that certain heating systems and fuel types may never get to zero carbon. This is where offsetting is required. For example, if there are insufficient bio alternatives for oil and a 70% blend is the best we can achieve, then the rest could be made up by the installation of a hybrid heat pump, or on-site power generation.

There is another belief that renewable systems generate electricity at a constant level throughout the year, meaning it is always a carbon neutral source.

Unfortunately, this is not correct. During the summer months renewable sources, such as Solar PV and wind farms work well as the demand for heating and power isn’t high.

However, during the colder months, renewable sources struggle to generate sufficient electricity for everyone. Additional carbon emitting power stations and sources are needed. It’s a fact: Electricity isn’t as clean as many think.

The biggest consideration is to stay open-minded. In the report’s executive summary, it states that a heating technology can continue to be fitted if the fuel is low carbon at the time of installation.

This may restrict future efficient systems being installed. Taking hydrogen as an example, in the future hydrogen gas may be the norm. A property could have installed a hydrogen-ready boiler in preparation for this. A home may have been unnecessarily retrofitted at a great cost and disruption to the homeowner.

Later the report suggests banning boilers by 2030. This is unfeasible for the reasons addressed above, but it also doesn’t matter whether or not it was boilers or heat pumps to be banned. All technology needs to still be on the table to ensure that all types of households across the UK are able to be decarbonised. By prohibiting one may seem like a step forward to some, but it is in fact going in the wrong direction. 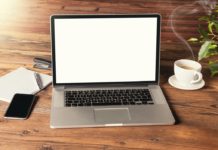 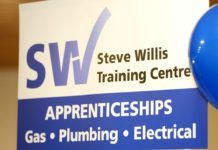 Heating Installer Awards back for a third year