GoCompare.com have surveyed plumbers to find out which future driving technology they are most looking forward to – and which ones they’re most worried about.

A hundred years ago, science fiction writers and futurists were predicting flying cars, robot butlers and television phone calls. While they turned out to be right about the robots and the video calls, flying cars have yet to materialise.

However, there have been a number of technological advancements in vehicles, with more planned for the future. A new survey from Gocompare.com Van Insurance asked plumbers what they thought of the technology that might affect their business.

Safety was a concern when it came to new technology. Half of all respondents said they thought futuristic technology might provide a safety risk, while 25% were also concerned about the financial strain future technology may cause.

The next most worrisome factor for plumbers was the potential for reliance on tech. Half said they thought the ease involved in using future van technology would make workers over-reliant on gadgets over their own skills.

Safety might be an issue, but what about the positives? What tech would be the most useful for plumbers? While surprisingly only six per cent were interested in the ability to have a smart dashboard interface in their vans – suggesting digital integration isn’t a priority – other potential inventions proved more popular. These included:

• Automatic parking – 20% of survey respondents were keen on having their van do the heavy lifting when it comes to getting into those tight parking spaces.

• Driverless functionality – some drivers seemed less keen on actually driving, with 13% saying they thought having a van that drove itself would be quite helpful.

Overall, optimism towards technology is high, with 87% of respondents being interested in at least one of the forms of technology on offer. Some 46% felt that their efficiency would be increased by the advancements, and a further 38% were interested in the improvements to their safety as a result of added resources. 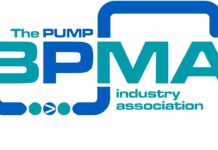 Plumber gets six months inside for illegal gas install